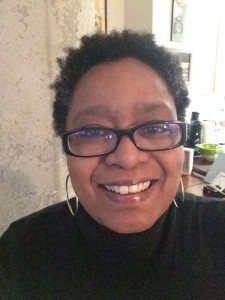 Identities shaped by home (or homelessness); natural beauty (or disasters), memories of happiness (or loss) inspire her artwork. This results in works on glass and paper. Both materials are translucent and seemingly fragile, yet they are hearty enough to survive the passage of time between civilizations.

In addition to being an artist, Cheryl is a licensed city planner, who has served as the nonprofit developer for numerous low-income housing projects and community-based art facilities throughout the U.S.

Her strong background in anti-poverty work reveals itself in “We Buy Houses” (2014), which visualizes the foreclosure crisis in America; “Katrina’s House” (2007) and “Gentrification By Nature: The Tornado Project” (2004), both of which examine nature’s role in reshaping the real estate market.

American Steel: What do you do? 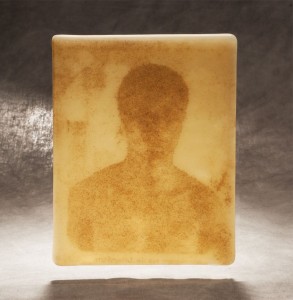 Cheryl Derricotte: I use a variety of warm glass techniques. Warm glass means work fired in a kiln up to approximately 1,500°F. I enjoy layering images and text onto pieces. One of my favorite ways to layer on imagery is the gum arabic transfer technique created by Carrie Iverson. This technique uses the printmaking principles of lithography as a vehicle to create imagery on glass. My base imagery includes copyright free images, (some from the recent releases of the British Library), and my own photographs and drawings. In addition to Iverson, my work is influenced by some of the other great teachers in my life including Therman Statom and Tim Tate.

Text is an important component of my artwork. I often say that I live under the tyranny of title. A phrase will get stuck in my head, such as “We Buy Houses” and I wrestle with it until an artwork is created. Thus, many of my pieces have titles before I ever make a schematic drawing, much less cut a piece of glass. Text is often layered onto my images, by screen-printing with glass powders, sandblasting or writing with diamond-point dremel tools.

“We Buy Houses” (2013/2014), is a project I developed to visualize the foreclosure crisis in America. Looking at the data on foreclosed homes in 14 American cities, I began by developing a work on paper. Afterwards I began to make each individual city in glass. Instead of numbers, houses symbolize the foreclosures. When all of the cities are rendered in this manner and considered together, the resulting work is abstract, reminiscent of both hieroglyphics and binary code.

I am a visual storyteller. My work weaves personal and political geography to confront contemporary society’s relationship to place. 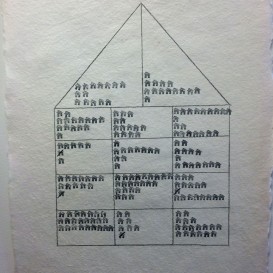 AS: What are you working on in the studio right now?

CD: I am working on a new project called “Modern Homes.”  From 1908-1940, Sears Roebuck and Company sold homes through mail order catalogues.  Many of these homes still dot the American landscape.  Although the houses were initially moderately priced (less than $10,000), some have recently sold for $750,000!  What can the Sears homes tell us about corporate social enterprise, the value of home and affordability?

This type of inquiry also leads me not just to economic but also environmental concerns. I have currently been investigating the relationship of “Oil and Water” (2014/2015). This work looks at communities that live in the shadow of oil: California places like Richmond, Manhattan Beach, and Hermosa Beach. (The latter has the distinction of being within 12 miles of three different oil refineries—Chevron, Exxon Mobil and BP/Arco). 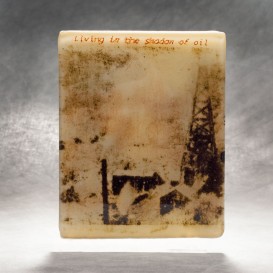 Cheryl Derricotte holds a Masters of Regional Planning (MRP) from the College of Architecture Art and Planning, Cornell University (1989) and a BA in Urban Affairs from Barnard College, Columbia University (1987). She is currently working towards a Masters of Fine Arts, (MFA exp. 2015), at the California Institute of Integral Studies.